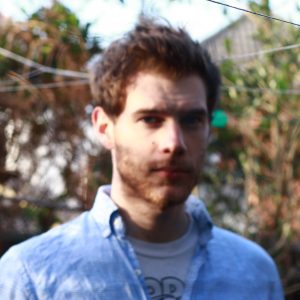 MIKE'S RELATIONSHIP WITH SONGWRITING BEGAN AS THIS KIND OF COUPLING OFTEN DOES: THROUGH A LOVE OF LISTENING TO GREAT MUSIC. A STRONG DRIVE TO JOIN IN TOOK MIKE INTO DRUMMING FROM THE AGE OF 7, FOLLOWED BY LEARNING GUITAR AND SINGING HARMONY THANKS TO A THOROUGHLY MUSICAL FAMILY UPBRINGING. THE SONGWRITING BEGAN IN THE TEENAGE YEARS WITH WOBBLY BABY STEPS, BUT BEFORE LONG A CLEAR AND UNIQUE SOUND WAS FORMED.

Heavily influenced by Ben Folds, Pete Townsend and Ryan Adams, Mike produces focussed and multi-textural arrangements with a combination of introspective, personal and fictional, more playful lyrics. Alongside the gradual honing of his songwriting craft, Mike threw himself into the world of home recording and mixing to facilitate his own needs, and the needs of his other talented friends. As a result, Mike is able to create everything self-sufficiently from start to finish. Whichever part of the process you need help with, Mike has something to bring to the table.

Muncle has produced a post-punk-metal record that is packed with high voltage riff led tracks that are more energetic than Lance Armstrong on an EPO binge. His sound is distinctive yet familiar.

In his early twenties Mike took the step to go and study music at degree level. The result was a 1st class BA (hons) in Commercial Music, along with the Bath Spa Songwriter of the Year Award 2012. Now he writes for his own project Muncle, touring with his unique projected band The Munclones, with whom he has had BBC Introducing and Radio 6 Music airplay.

Mike also writes for other projects including dance performances, and film and television, and plays guitar and drums in numerous sessions and bands. Handling all of his own production, Mike also produces for other people. An ever growing gear collection keeps new sounds and textures constantly available, so whatever your musical needs, Mike can help meet them.

If you have any queries, please send me a message, and I will be in touch as soon as I can

Mike Griffiths writes songs that surprise and entertain, but also connect and express the often inexpressible. Always pushing the envelope and trying new things, Mike uses extremes and creative constraints to carve out new sounds and directions. Always seeking to trim the unnecessary fat from songs, Mike creates art that makes a point and makes it hard.